Data wiping is the process of logically removing data from a read/write medium so that it can no longer be read. Performed externally by physically connecting storage media to a hardware bulk-wiping device, or internally by booting a PC from a CD or network, it is a nondestructive process that enables the medium to be safely reused without loss of storage capacity or leakage of data. 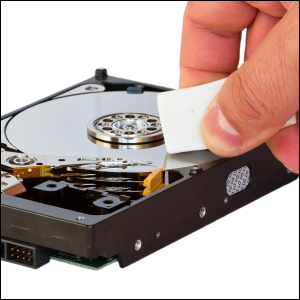 Why You Should use Data Wiping

There are two main reasons data wiping may be a better option for your organization. The first, is that the drive is still usable after it has been wiped. That means that the drives can be remarketed and reused. The second reason is that data wiping is cost-effective. You can get the data removed from your disk drives without the use of expensive disk shredders. That means you can have more money in your IT budget for additional projects, or to purchase new hardware.

Secure erase procedure (also known as a “disk wiping”) is performed when it is for some reason necessary to irreversibly delete some data. This procedure is typically applied to “sensitive” (i.e. top secret) data only. When you erase the file by using normal means, the corresponding references are deleted, and the space formerly occupied by the file is marked as being free. However, the actual file data remains intact on the disk until the space is claimed by some other file (at which point the original data is overwritten). We consider data overwritten at least once beyond any recovery. While it was possible to recover previous layers of data from older generation media (like magnetic tapes), we consider this is impossible with the modern hard drives. Rumor has it the other way, referring to some obscure “government agencies” being able to recover previous layers of data. We believe such references are a hoax. For any kind of electronic memory (i.e. not involving magnetic surfaces, examples being RAM and SSD devices) the recovery of overwritten data is certainly impossible, because no remains of previous state are available by the very design of the storage.