How does degaussing work? 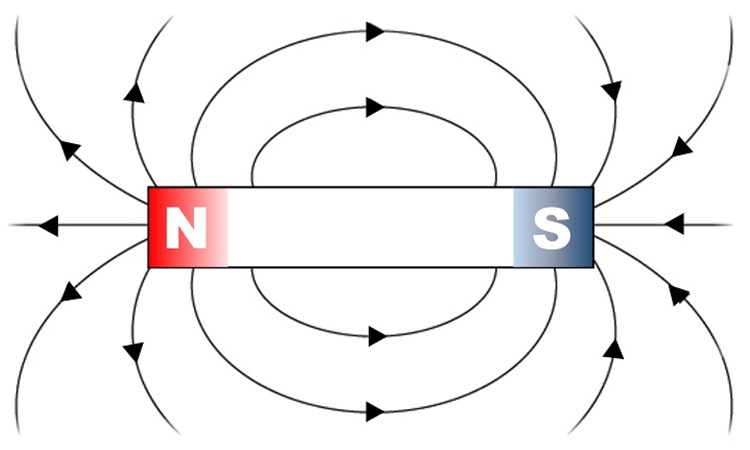 Degaussing is the process of reducing or eliminating data stored on magnetic media such as tape, disks, reels, cassettes and hard drives. Magnetic media has a fine coating of iron oxide or chromium dioxide which sits on the tape or in the case of a hard drive, on its circular platter, and are orientated into a series of lines, which make up the recording or data.

A degausser works by generating an intense magnetic field, so powerful that it permanently removes the magnetic memory from the iron oxide or chromium dioxide coatings which removes, or randomizes, the recorded data pattern. By changing the magnetic field on the tape or hard drive with a degausser, the data stored on it can effectively be destroyed.

The field strength of a VS Security Products degausser destroys the magnetic structure and ensures that the data cannot be recovered. As degaussing hard drives does not rely on software, it will also completely and permanently erase failed or faulty hard drives.

What are the benefits of degaussing?

WHAT IS A DEGAUSSER?

When exposed to the powerful magnetic field of a degausser, the magnetic data on a tape or hard disk is neutralized, or erased. Degaussing is the guaranteed form of hard drive erasure, as such; it serves as the standard method of data destruction. Using the right degausser will guarantee that your information is no longer retrievable.

HOW DOES A DEGAUSSER ERASE HARD DRIVES AND TAPES?

To understand how a degausser works, one must first understand how information is first recorded onto hard drives, tapes, reels, cassettes and other magnetic media.

Magnetic media has been with us since the 1920s. Although it has seen dozens of changes over the years, the basic ideas remain the same.

Magnetic tape has three basic components: a fine metal iron oxide powder, a binder and the film backing. A tape recorder works by moving the tape past a set of small metal blocks, called heads, at a steady speed. A tape recorder contains both record and playback heads. These heads are specialized electromagnets. When recording, the recording heads will create a magnetic field that alters the positioning of the fine iron oxide powder on the surface of the tape into a digital recording pattern. In turn, the playback heads read this pattern and convert it into sound, video or computer data.

Hard drives function in a similar matter, but were built for increased reliability and speed. Here, tape is exchanged for a flat, circular piece of metal, called a platter, which contains a fine coating of iron oxide or chromium dioxide. The platter spins beneath a read/write head. When small pulses of electricity are passed through a coil in the head, the surface of the platter becomes magnetized. Data is recorded using binary code, a series of 1s and 0s (magnetic pulse and reverse pulse, consecutively).

A degausser erases by generating a magnetic field so powerful that it permanently removes the magnetic properties from the iron oxide or chromium dioxide coatings which erases, or randomizes, the recorded data pattern.

ARE ALL DEGAUSSERS THE SAME?

With so many different degausser models on the market, it’s important to know what to look for when choosing a right model for your needs as not all degaussers are created equally. Electromagnetic degaussers generate a magnetic field by charging a degaussing coil. Permanent magnet degaussers contain one or more rare earth magnets and do not require electricity to operate. Some degaussers are meant for mobile operations, while others are built for high volume.

The most important aspect to consider when shopping for a degausser is its ability to erase your media. Degaussers are rated for different media based upon the degausser’s maximum magnetic field strength. The magnetic field strength of a degausser is measured in gauss, or oersteds. Tapes and hard drives also have a measurable magnetic value called coercivity, which is measured in oersteds as well.

DTA (DT Asia) is a major provider of degaussing and disintegrating machines. Our NSA approved Degaussers and Disintegrators for Secure Electronic Data Destruction is well-known in for degausser Singapore, degausser Japan and degausser Hong Kong. The solutions are various for every need of Data destruction: